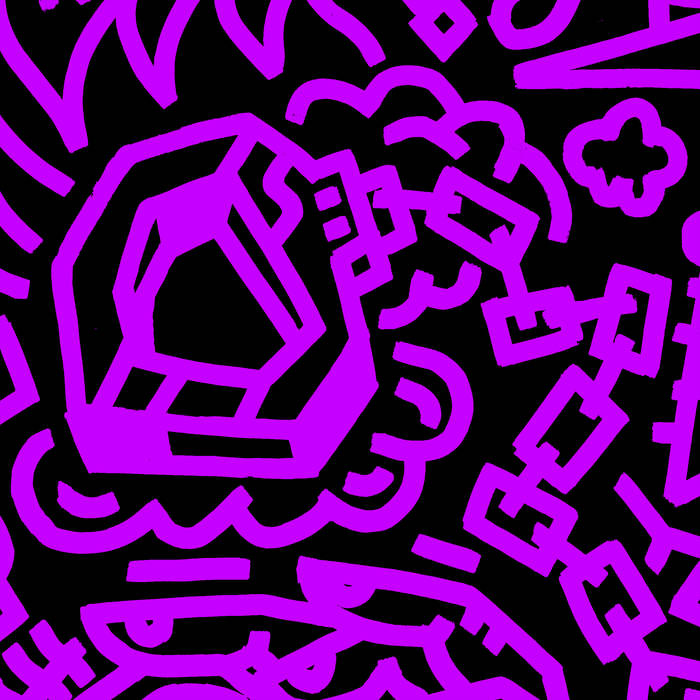 The Microscopic Giant Slikback's the future.

At the vanguard of a vital East African electronic music scene, Slikback combines local rhythmic heritage with sheer, abstract electronics in ways that utterly fascinate bodies on the ‘floor. Stepping ahead from his debut EP in 2018, he offers twice as much material and amps up the energy and noise in ’Tomo’, surely setting the benchmark for anything to follow in its wake in 2019.

Between the Nostrofmo-like atmosphere and mutant footwork-like percussive intensity of ‘SONSHITSU’, thru the dissonant dancehall swagger of ‘Gemini’ and the hyperhall push of ‘Kyokai’, to the polymetric fizz and parry of ‘Karuym’, and the pelting hardcore of ‘Zuhura’, Slikback’s music will leave nobody wanting on the ‘floor. But if you’re the insatiable type, then the inferno of his parting shot ‘Rage’, switching from full frontal rhythmic noise to industrial swagger and back, will polish you the fuck off.

Slikback is a Kenyan DJ and Producer. After joining the Boutiq Studios in Kampala in mid 2017, he began to find his sound which fuses a diverse sonic pallette borrowing from footwork, trap, grime and a variety of contemporary underground African club styles into a uniquely accessible dark presentation. His Debut EP "Lasakaneku" was released in June 2018. The ep and individual tracks have gone on to top charts, being placed among the best electronic music of 2018 including on Pitchfork and Fact magazine.

Since then, he went on to perform at MTN Nyege Nyege Festival in Uganda. He then had an European premier at Unsound Festival in Poland. His performance there was highlighted by Resident Advisor as one of the 5 key performances of the festival.


Slikback continues to create new interesting sounds and collaborate with amazing vocal talents from Kampala. He also has a new project called
o g n i k i with polish producer, Morgiana Hz combining their respective worlds into one composition.